Logo
Select communication channel
Please check the red marked fields!
Newsletter subscriptions
Almost done!!
We have sent you an email with a link to your newsletter subscription. Please click on the link in the email to subscribe.
Best regards
Your XDi-Team
Unfortunately a technical error has occurred, please try again later.
Magazine

Actually they were wonderful days that Stefan S. spent with his wife and child on the occasion of their 44th birthday. Irina S. wanted a 3-country tour that would lead her through the pre-Christmas border towns of Aachen, Liège, Ghent and Maastricht.

The young family does not own a car. As always, when they have to get out of Cologne for a few days, they rented a car from Sixt. As always with fully comprehensive insurance and a deductible of 850,00 €. Stefan S. has been a Sixt customer for more than 10 years and has always been satisfied with the orange car rental company, with the best advertising in the industry.

But that should change after these days. They spent a few great days in the border area and enjoyed the pre-Christmas atmosphere and the different Christmas markets in Germany, Belgium and the Netherlands. Shortly before the end of the trip, however, Stefan S. passed a malleur. During the hectic attempt to park backwards with a screaming child in the car, he overheard the warning signal of the car, overlooked a fire engine and damaged the passenger side of the car not insignificantly.

Instead of immediately calling the police and informing Sixt after the excitement had subsided and the anger had evaporated, they did not let the good mood get away from them and enjoyed themselves at the Aachen Christmas Market. After all, it couldn’t be changed any more and apart from a Pöller, nobody had been harmed. And besides that they were fortunately fully insured – but unfortunately with a deductible of 850,00 €.

This behaviour, obviously characterized by ignorance, turned out to be naive in retrospect. After returning to Cologne, Stefan S. dropped off his car in the underground garage of the Cologne Hilton on Sunday evening as usual. At this time he didn’t even think about what would await him afterwards.

Some time after handing over the vehicle, the S. family received a letter from Sixt. When Stefan S. opened this he was astonished not badly. His facial features froze for a short time before they were thawed again by the following flush of anger and changed into tense wrinkles. The letter contained a detailed listing of the developed damage, to which immediately a damage calculation at a value of 7264.68 € was attached.

Since Stefan S. did not inform both the police and Sixt of the damage immediately after it occurred, the fully comprehensive insurance should not take effect and the S. family should pay for the entire damage. Sixt immediately assumed guilt – after all, the damage could have occurred under the influence of alcohol and this could have been the reason for not reporting the accident.

In the only written document that the customer receives when renting a vehicle, Stefan S. searches in vain for a reference to this. In this printed contract there is no mention of the fact that in case of an accident without the participation of third parties, Sixt as well as the local police have to be informed. Stefan S. now wants to know more. In order to see whether at least the Sixt service coworkers refer a customer with the renting to this circumstances, Stefan S. and Irina S. considered themselves a small test renting situation.

They went to their Sixt branch in the Cologne Hilton and pretended to want to rent a car. While Irina was filming with her mobile phone, Stefan asked several times if there was anything to consider when renting a car, especially in case of an accident. Although Stefan S. repeatedly tried to elicit an indication of the legal situation from the Sixt employees by stubborn questions, the only reassuring hint from them was that in the case of a fully comprehensive insurance everything was covered – even a self-inflicted accident. Stefan S. does not have to worry with the best will in the world.

Now family S. should pay 7264.68 € for a damage, which should have been covered actually by the insurance. Only, because Stefan S. had no knowledge of the AGB and the legal situation was not known to him. Driven by the desire for agreement and justice, Stefan S. called in a lawyer. Against his conviction to be in the right, Stefan S. let himself be led to a compromise proposal. 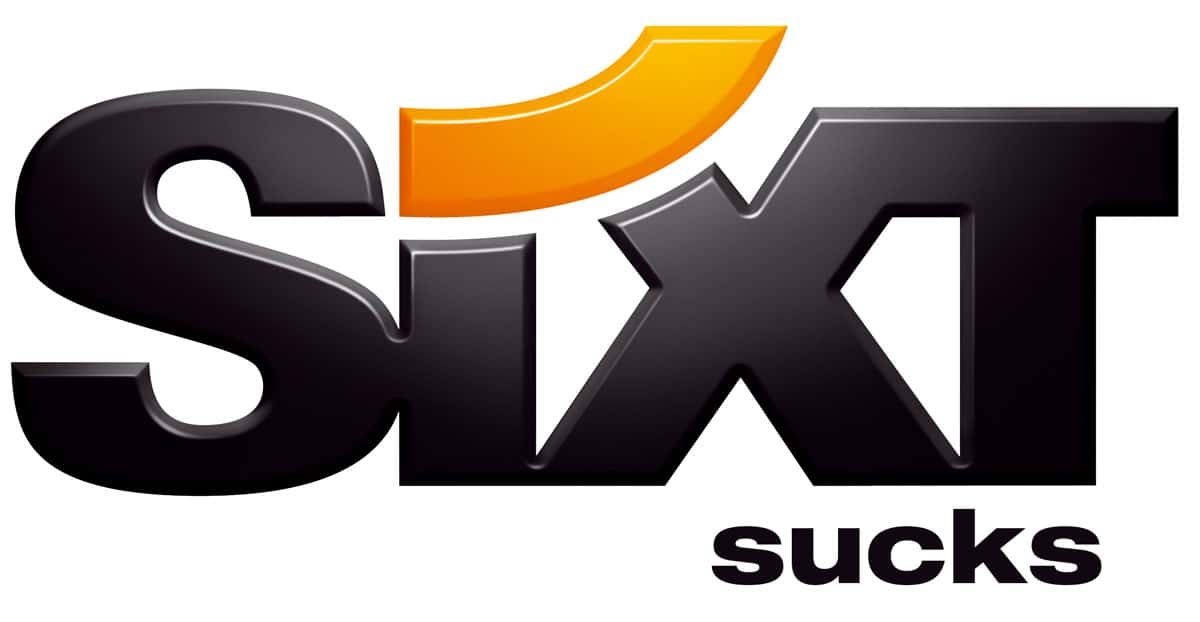